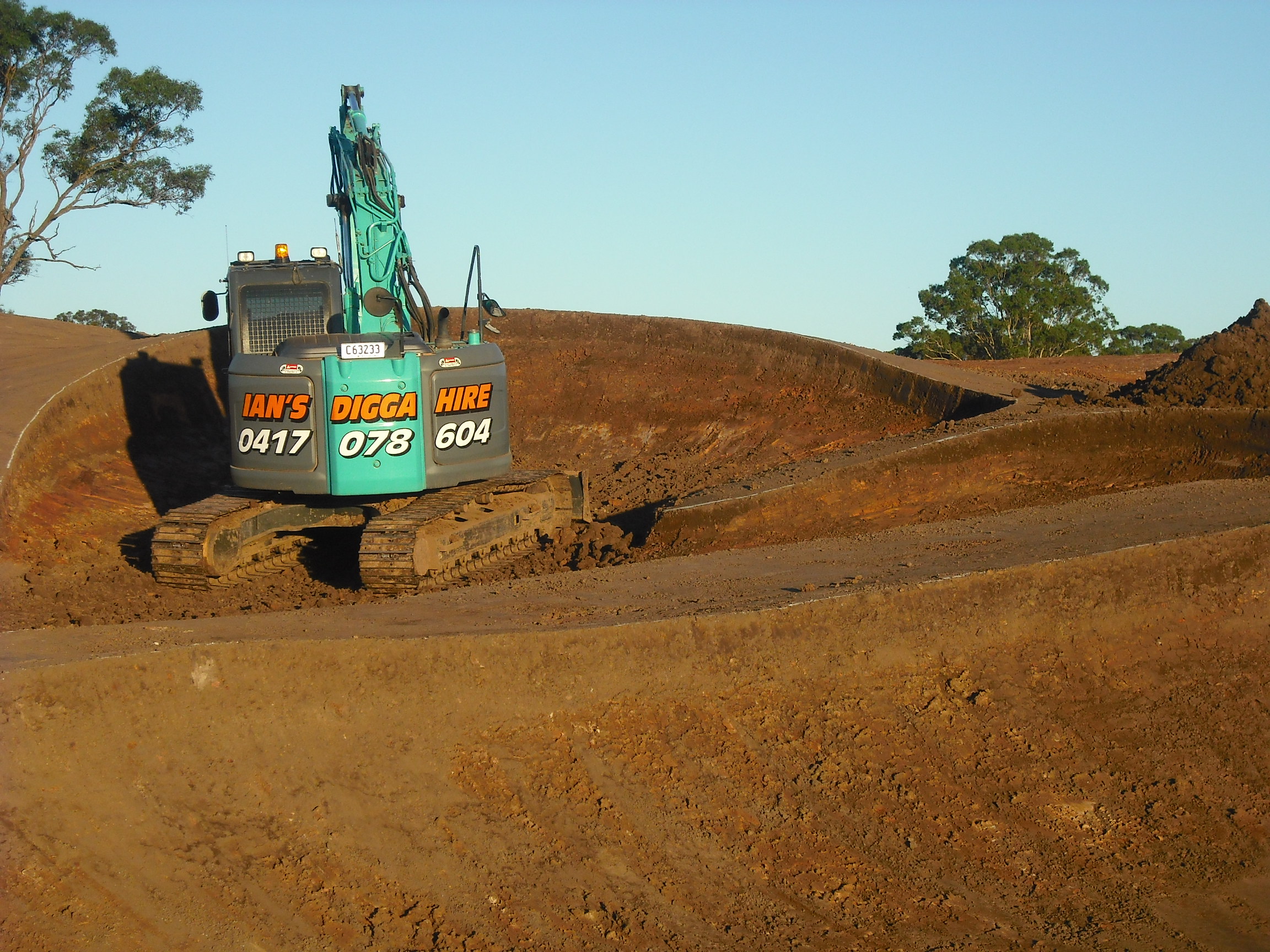 From washing cars and landscaping to being a top golf course shaping contractor for Greg Norman, Graeme Marsh and Jack Nicholas, Ian Walsh from Ian’s Digga Hire tells us his story.

‘When I was getting to the end of my school days, I had dreams of attending arts school. I always excelled in that arena, or at least really enjoyed those subjects. However, back then not too many parents were supportive of the particular career choice’

Ian grew up around trucks and machinery and sometimes went with his father to work at the nearby forestry in the logging game where his father drove trucks and dozers. When he finished school, Ian got a job at a local car yard, washing cars, before following his family to the Gold Coast where Ian’s father got a foot in the door in the earthmoving game. His father started out with a dump truck and then bought his first mini excavator, one of the first for the industry with only 3 other excavators on the coast at the time.

No long after Ian decided to join him and learn the controls of the digger himself. ‘I had just taken a seat in the cab and a guy called up looking for a wet hire excavator and dad said ‘The young fella is no operator, he is as green as you can get but he knows the basics’.. and that was the starting point’

They both worked together wet hiring the dump truck and the digga until Ian’s father decided to purchase another excavator, their first Kobelco. “We got a job on a local golf course, just moving a bit of dirt but I could see potential in the golfing game, I liked the fancy stuff, the shaping of the bunkers. I guess that is my artistic flair coming out in me and the reason behind my love for the work I do. I expressed my eagerness to continue with the contractor. A couple of months on they had another golf course contract and the work was mine.”

30+ years on and Ian says he’s still enjoying it more than ever. Between building the courses he would also build boulder walls which came hand in hand with the course builds. ‘After completing my third course, I heard of a Greg Norman Course going in, in Mudgeeraba so I organised to meet with the contractors, told them my experience and hoped to get a start. They told me they’d give me a shot on their next development which was starting 6 months later.’

Ian completed all the bunkers at the Greg Norman designed Mudgeeraba course which lead to Completing works at Brookwater Golf Course at Springfield. “From there the work just kept coming. One job lead to another and another. My success has come because of the work I have produced. From Greg Norman to Jack Nicholas and Graeme Marsh, all the courses have intricate and unique designs. It isn’t just following the dotted line. There is a real art to being able to go out into the paddock and shape things up without being supervised. You have to have faith in your skills and faith in the machinery helping you.”

Ian credits his excavators for part of the reason he is where he is today. “Over my career, I have had five Kobelco’s. Never straying after our first Kobelco purchase. Two 12 tonne and 3 Zero Swing machines. Kobelco excavators just have and always had the reputation, the reliability. The golf course shaping industry is really small and everything is worked to the millimetre so you have to be so precise. The reliability and controllability of the Kobelco is second to none. And now with my GPS, it has given my work a fresh start. Having the GPS digging system allows me to really run my own show and not rely on anyone else.”

From a young bloke who dreamed of Art school to 30+ years experience and still loving it, Ian said he wouldn’t change a thing. “With the skills I’ve learnt, my eagerness to succeed and trusting in my machines I’ve been able to build my career and my name’.